NestJS vs ExpressJS: Which Framework Should You Use? Web application development takes time, and developers must use the right framework to meet the project’s requirements. Any web application framework’s ultimate goal is to maintain project quality while meeting the client’s needs. The framework ought to be supportive, quick, responsive, and dependable.

Two of these robust web application development frameworks widely used are ExpressJS and NestJS. Are you the one who is constantly perplexed regarding the framework selection? Today, we’ll compare the performance of NestJS vs ExpressJS so that you can get a clear view of both frameworks and choose the best suitable for your project.

What is NestJS and ExpressJs?

The open-source framework NestJS makes it easier to create scalable Node.js server-side applications. It is built on Typescript and uses progressive JavaScript, heavily influenced by Angular. It has three main components and a simple design: providers, modules, and controllers.

It is a Node.js web application framework that is free and open-source. Using various features, you can quickly and easily create web applications with JavaScript with the help of an Express.js Development Company. It is a Node.Js-based layer that aids server and route management. Because it is written in JavaScript, web development is accessible to complete novices.

As ExpressJS is unopinionated, that is, it does not have a set of predefined rules to follow, developers have the freedom to create a variety of possibilities and implement code according to the requirements. While NestJS is opinionated, it adheres to the SOLID Principles, which help avoid development problems and make the application less likely to make mistakes. Since NestJS is entirely based on Angular, its primary language is TypeScript. The application is bug-free and reliable, thanks to TypeScript.

Unlike ExpressJS, NestJS adheres to the MVC (Model View Controller) architecture. MVC is a software design pattern to implement user interfaces, control logic, and data. Because ExpressJS does not adhere to MVC, there is no proper structure, rendering the application inefficient and under-optimized.

NestJS becomes a better option for developers because it is based on an architecture that includes components such as controllers, modules, and providers. You can also break the application into microservices, simplifying development and making the code more understandable.

NestJS also supports TypeScript, which is a big plus. TypeScript adheres to static typing, is dependable, and includes a “type” feature. It is extremely useful when developing large-scale, efficient applications. NestJS is entirely written in TypeScript, whereas ExpressJS is not, making ExpressJS less efficient and incompatible with multiple browsers.

Decorators are another feature of TypeScript. Decorators enable metaprogramming, which allows programs to treat other programs as data, which aids in the design of programs that analyze, read, and generate other programs while manoeuvring. You can likewise compose your decorator and use it in different pieces of your task.

NestJS command-line interface (CLI) includes a default testing environment with Jest. When a service, interceptor, or controller is generated, the CLI creates a “spec” file that includes auto-generated testing bed code, removing the need for developers to write extra code for unit testing. As a result, unit testing is much easier with NestJS than it is with ExpressJS. Unit testing in ExpressJS requires the creation of separate code, which requires time and can reduce the application’s productivity rate.

NestJS includes a command-line interface (CLI) to increase productivity. A CLI allows you to give commands without writing long codes. Dependency Injection is another reason developers prefer NestJS since it enables users to add as many dependencies as they need for the application to run smoothly.

NestJS provides many developers with an out-of-the-box structure and supports third-party plugins. These are why NestJS can assist visitors in designing scalable applications, improving performance and results in an optimized solution. Because ExpressJS is asynchronous, multiple operations can be carried out independently. However, it lacks scalability and performs worse than Nest.

As the oldest framework, ExpressJS is the most popular and has the most users. Netflix, eBay, IBM, Uber, Fox Sports, PayPal, Accenture, Taskade, Myntra, and other businesses employ this framework. However, as more people switch from Express to Nest, the latter is gradually gaining popularity. It comes second on GitHub’s list of the best Node.js frameworks, just behind Express. Companies like Adidas, Decathlon, Autodesk, and Capgemini use nest.

Consider the use case of single-page applications (SPA), a development technique in which the entire app is routed from a single index page. SPAs can be built with either Nest or Express. An ExpressJS development company lets you create an API to connect SPAs and frequently serve data, whereas NestJS’s serve-static module makes it easier to build SPAs.

Another utilization case can be venture-level web applications and web-based business applications. Because it is scalable, well-structured, and excellent for building large web applications, NestJS is better suited for these.

ExpressJS is better suited for developing streaming and fintech applications. This is because Express can effectively deal with asynchronous data streams, while live streaming is complicated due to the multiple levels of data streams.

NestJS vs ExpressJS: Which Framework To Choose?

Popular web development frameworks like ExpressJS and NestJS are simple to learn and use. Any technology always has two sides to it. Both of them have benefits and drawbacks. Comparing the two frameworks above does not imply that one is superior to the other, although there are elements or conditions where their performance fluctuates.

Therefore, pick the one that will work best for your project. We trust the above distinctions on NestJS vs ExpressJS, and the utilization cases have given you enough data to decide your choice. Also, a good developer always puts the needs of the project, the client’s expectations, and the deadline first. Therefore, considering these aspects, choose the technology you think is superior. 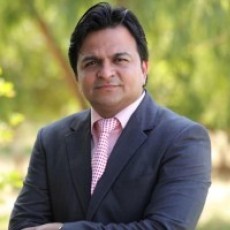 How To Choose The Top Tech Stacks For Web Development?

How to Hire the Next.js Developers for Your Next Business Project? 24 January, 2023
How To Choose The Top Tech Stacks For Web Development? 18 January, 2023
How To Hire Remote Developers? A Step-By-Step Guide 9 January, 2023
What Are The 10 Benefits Of Having A Mobile App For Your Small Business? 26 December, 2022
Why Should You Use Node.js For Building Real-Time Apps?